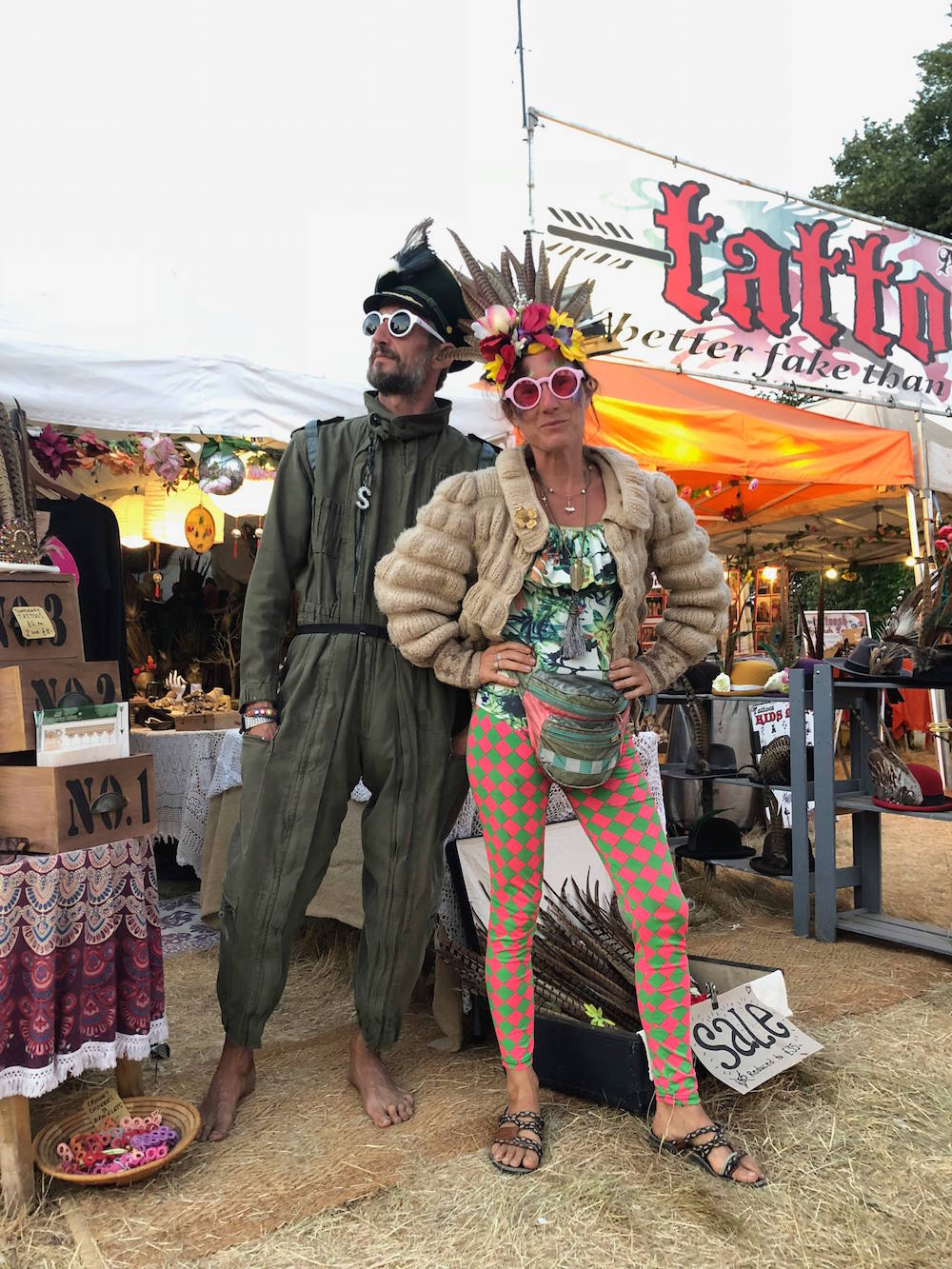 When preparing for the season ahead its always difficult to predict what the weather is going to be like. But as we are in the UK, rain and cold evenings are always on the cards. So we make summer kimonos, bra tops as well as jumpers and jackets to cover all angles. Who would have thought 2018 was going to be the hottest summer in over 40 years?

First stop this year was the local Alfresco Festival  A small intimate little number focusing on groove based dance music. And as there was no Glastonbury this year we had June off festivals (but still super busy making stock) to enjoy the sunshine in Brighton.

In July we continued with Farr Festival. A young crowd where its all about dance music. And I mean from 12 midday until the early hours. Not a single band in sight. There weren’t much dressing up going on and I think the youth had prioritised buying other things to keep the weekend interesting. So it was pretty slow. Plus the only act I wanted to see, Moodymann had cancelled. Meh! But hey, it was a scorcher of a weekend so we topped up our tans and got to know our fellow traders.

Next up was Latitude Festival. Another sweltering weekend where everyone was too hot to try anything on, or wanted to buy your display parasols. At least our usual spot in front of the main stage gave us good views and entertainment.

We hadn’t been to Bimble Bandada for a few years. Small but perfectly formed. Definitely remains as one of our favourites. Even the bad weather on the Sunday didn’t put us off! Sadly they are having a break next year. Roll on 2020!

After Bimble we had one night in our own bed then headed straight to Bestival. Thankfully they moved the festival to the mainland last year, so we didn’t have to get on a ferry to the Isle or Wright or anything. We were part of the Dressing Up Tent, a shared space with lots of other creatives. Always nice not having to set up a marquee.

We had a weekend off back in Brighton before we headed to everyones favourite; Shambala! Sharing yet again with Crystal Vintage. Unfortunately I wasn’t very well so I mainly sat around on a beanbag watching the festival go by. Could have been worse!

This year also said goodbye to Festival Number 6. As it was their last one it would have been rude not to go. Being north Wales, the September rain was unavoidable but hey, we made a bit of a Welsh road trip out of it. Such a beautiful part of the world.

Yet again we take away from another festival season, happy customer and many moments of dance and laughter. Hoping 2019 will be as warm and sunny, but please mother nature give me notice so I can make more bikini tops! 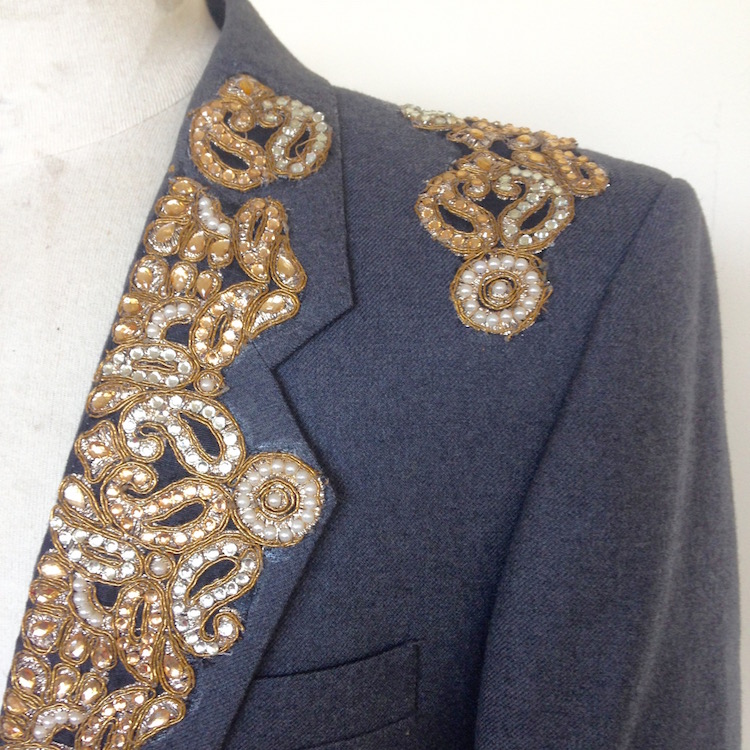 The world is overflowing with textiles! We buy them, wear for a bit, then get rid of them, either by donating to charity shop or putting it in the bin. Most of these clothes still got plenty of life left in them, but fashion changes or we have no space left in our wardrobe so we choose to throw out and make space for new.

Suit jackets are timeless pieces. However they can be a bit plain and boring if you want to wear the outside the office. Here are a few I customised for the festival season.

I bought these amazing trimmings in Mumbai exactly for this purpose. All painstakingly hand stitched with love. 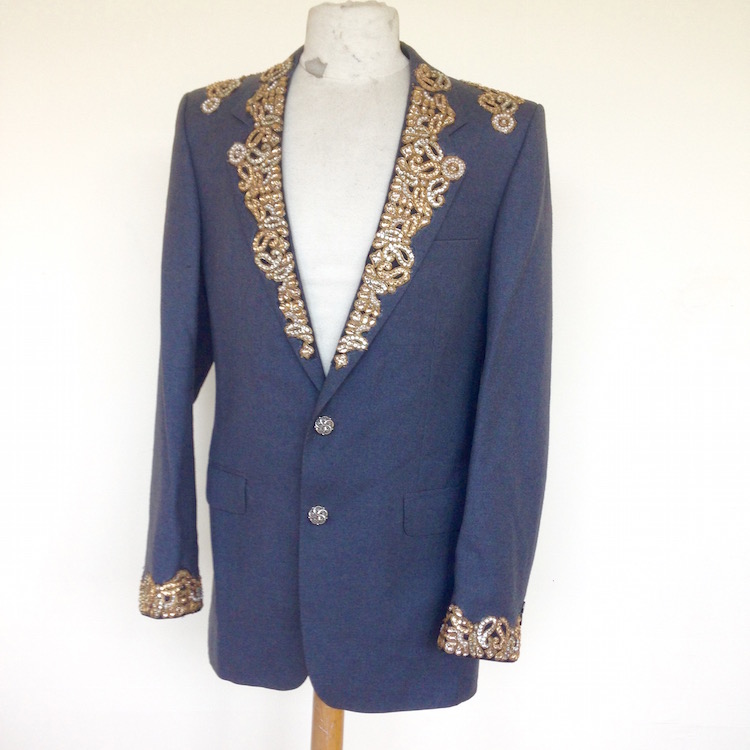 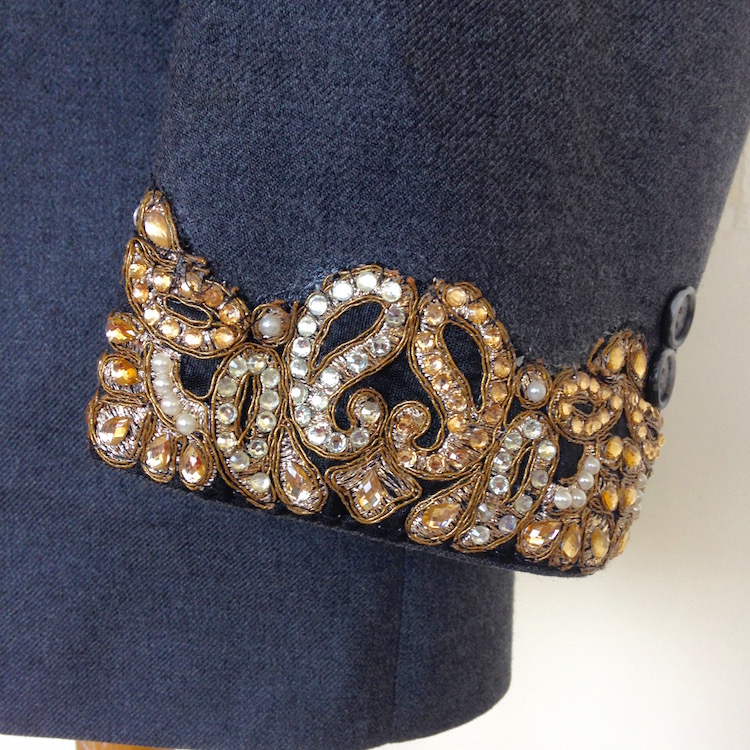 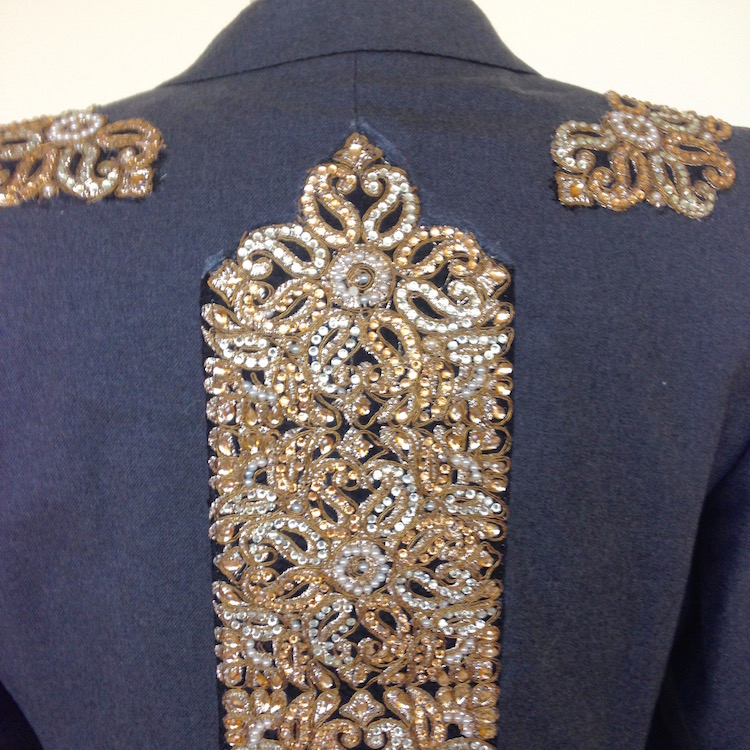 If you got your own suit that needs some bedazzlement, we are here to help! 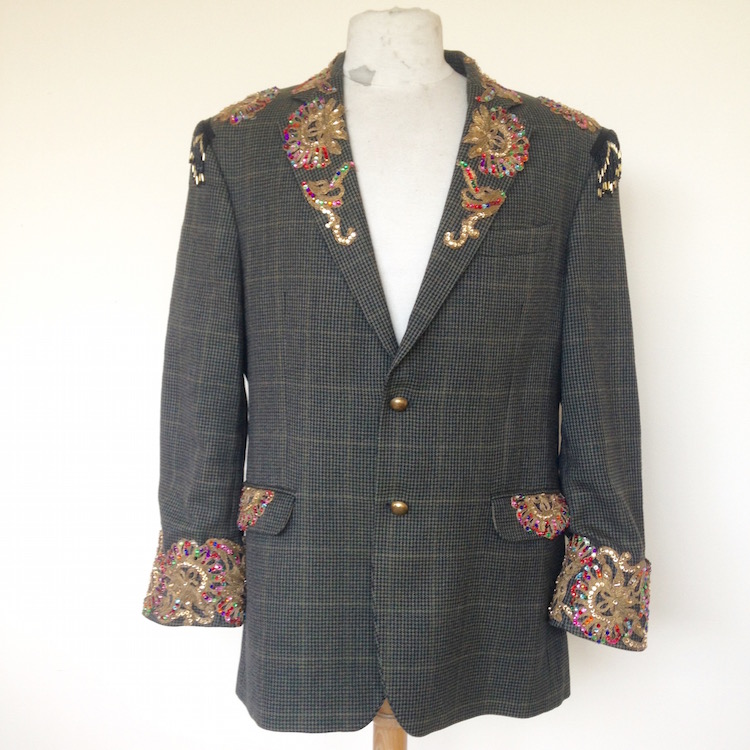 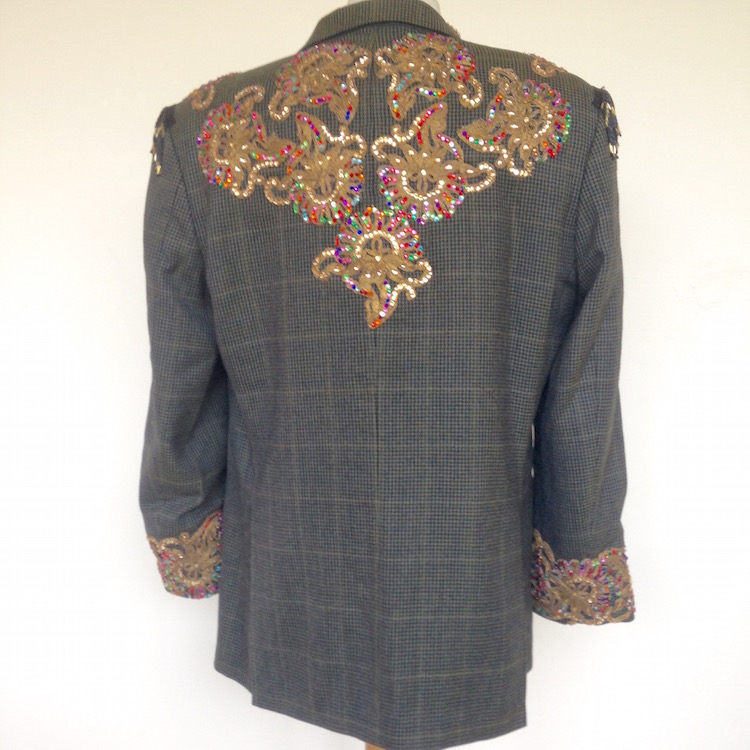 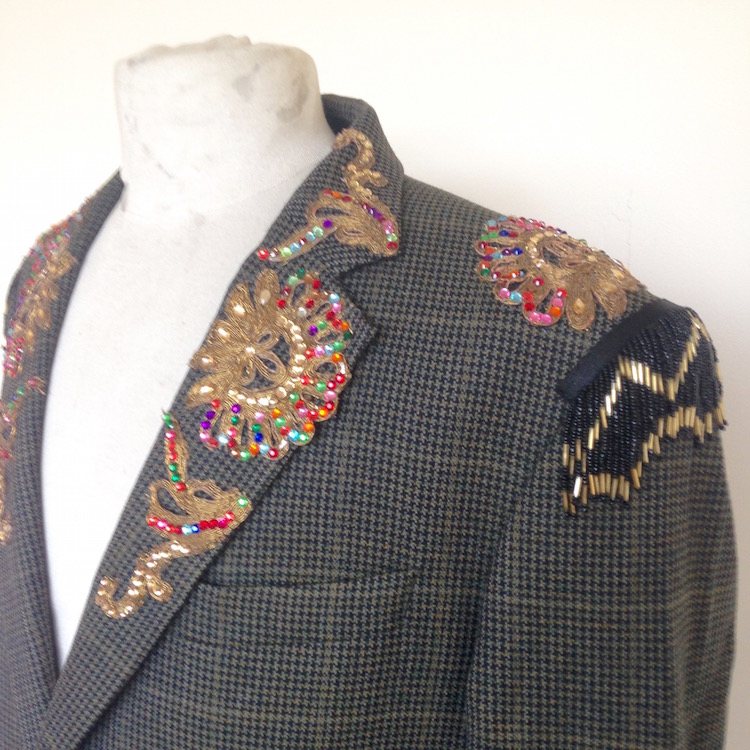 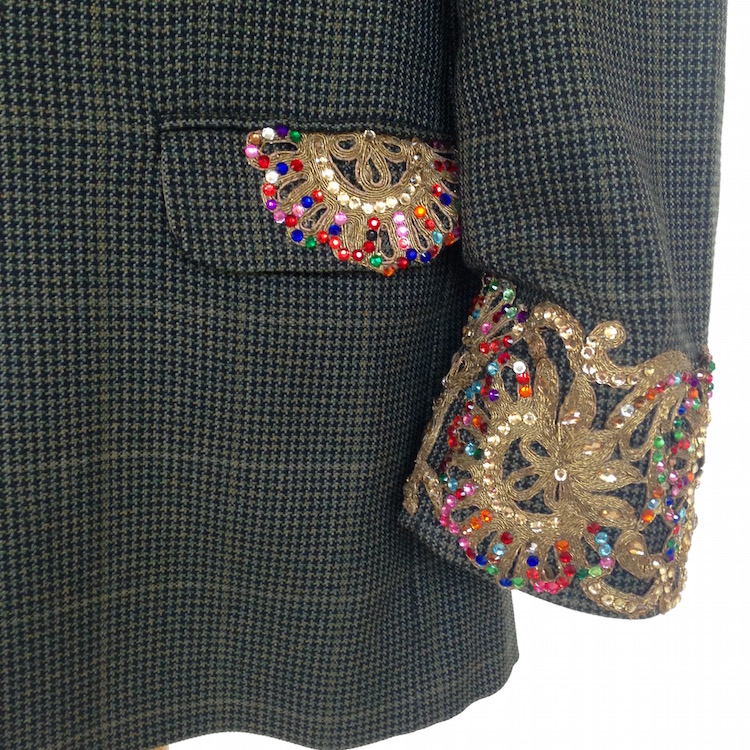 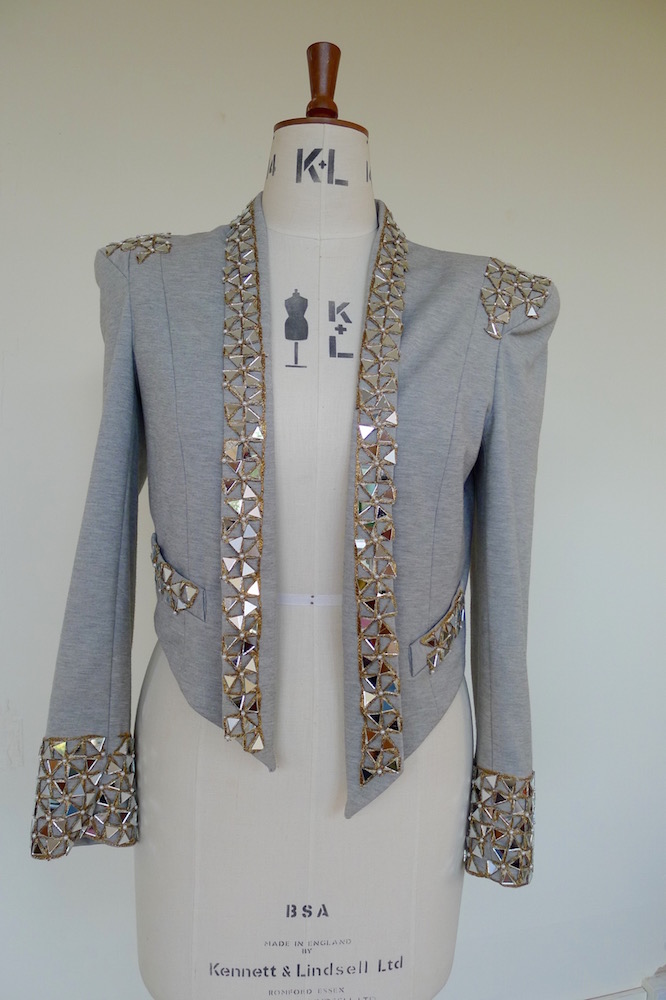 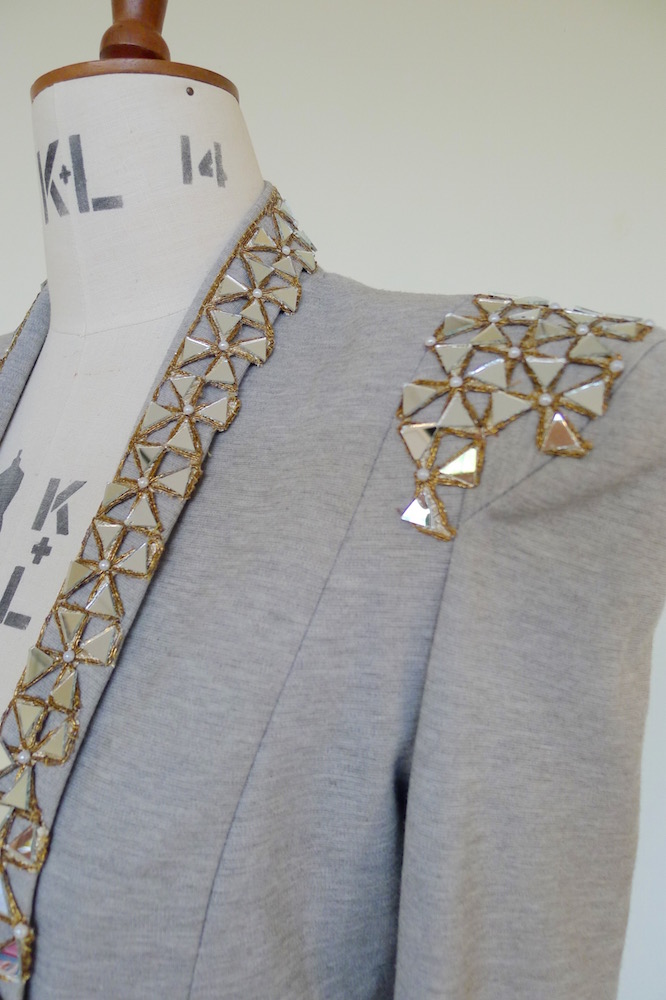 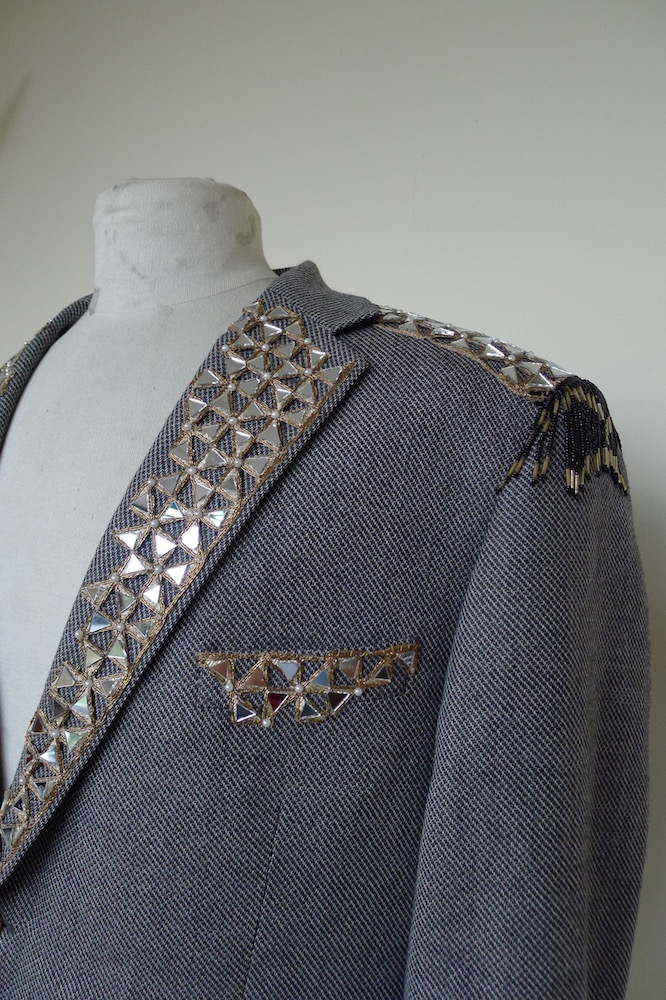 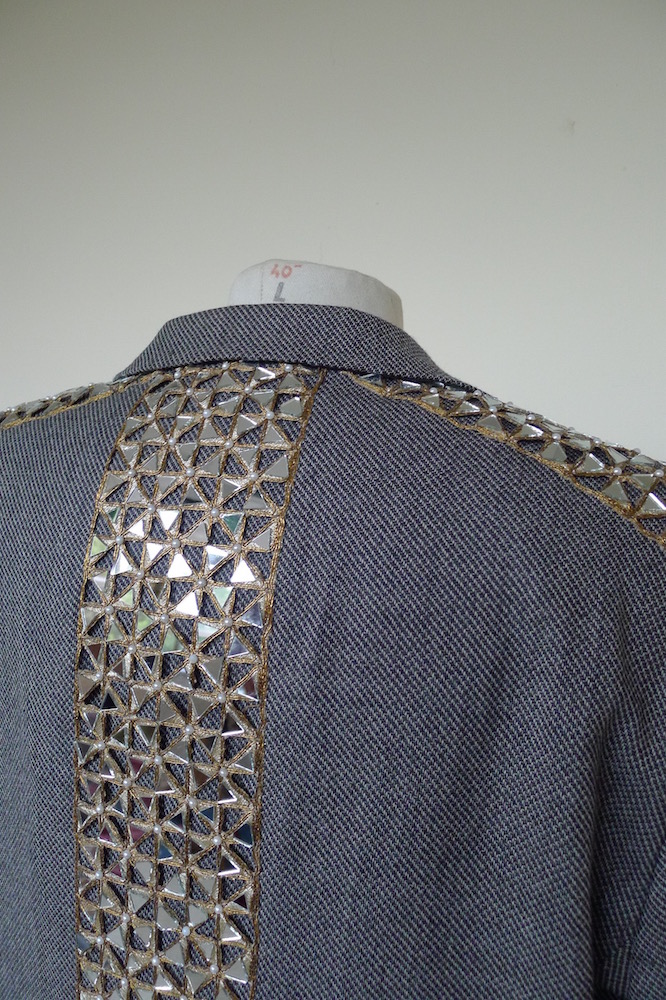 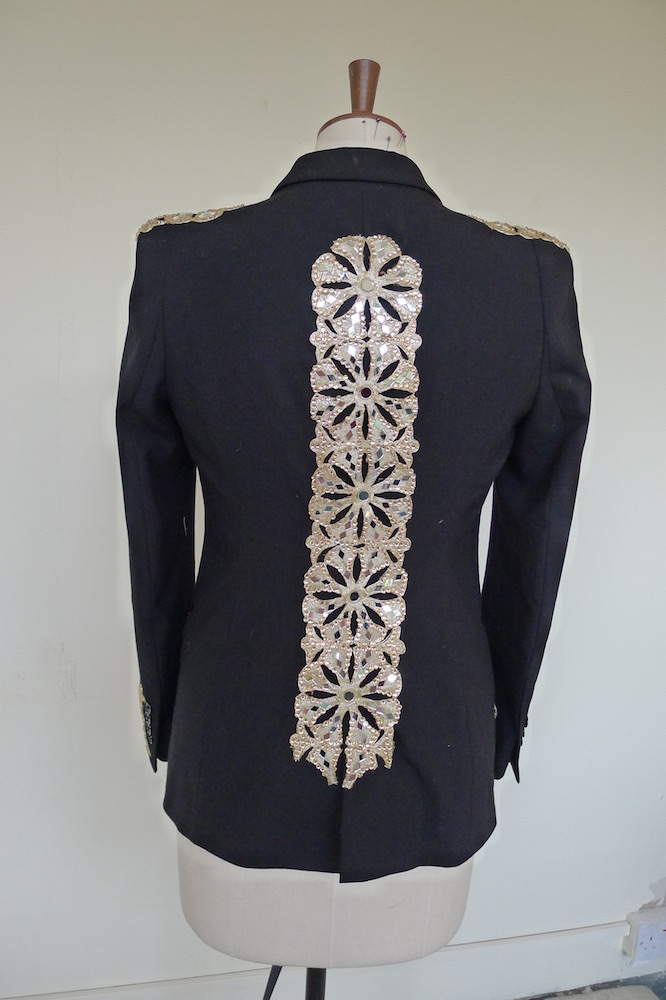 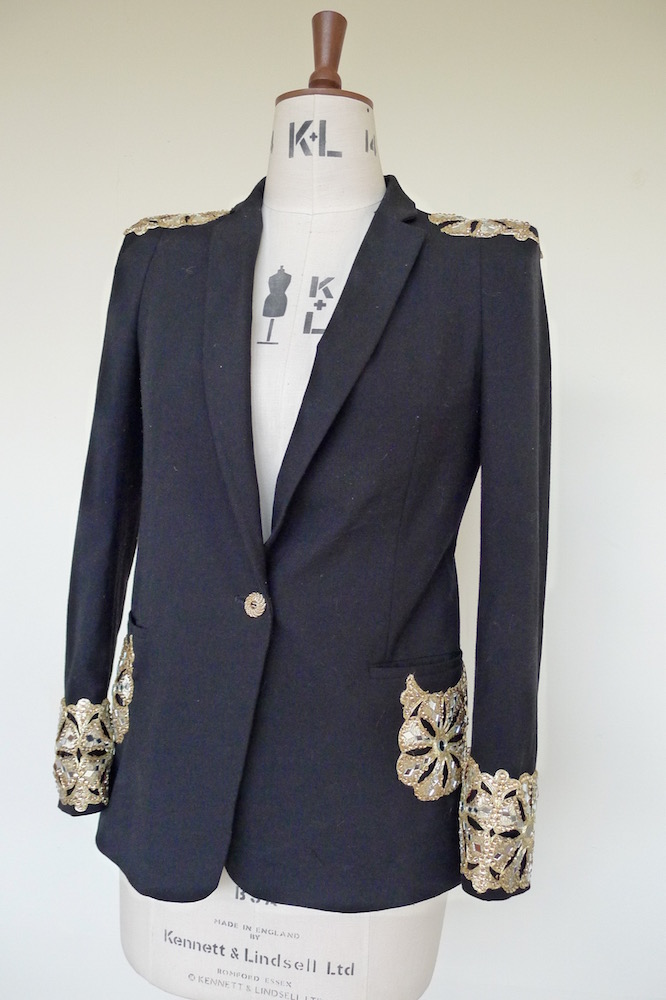 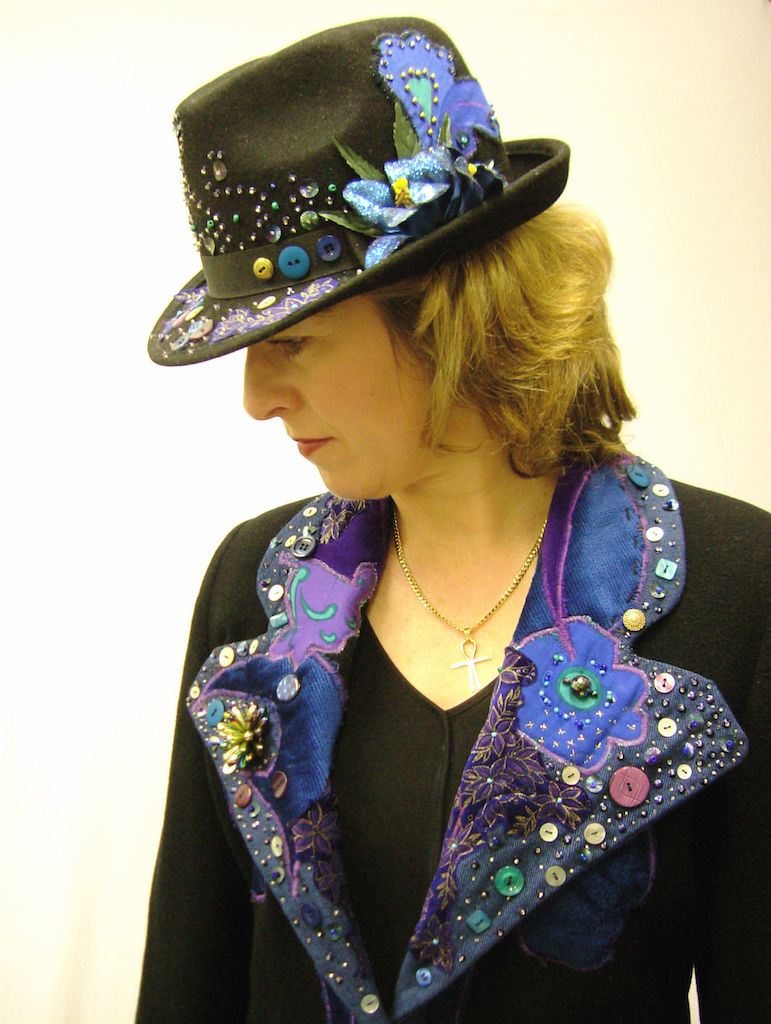 Made to Order Luxury Jacket and Hat.

Kim works for the sustainability team at the Council. She wanted me to make her a striking stage outfit. We decided on a blue-purple colour palette.  I think I got a little carried away with the beading. Hours and days later I stopped. She was very pleased with the outcome and had great comments from the crowd. Yay! 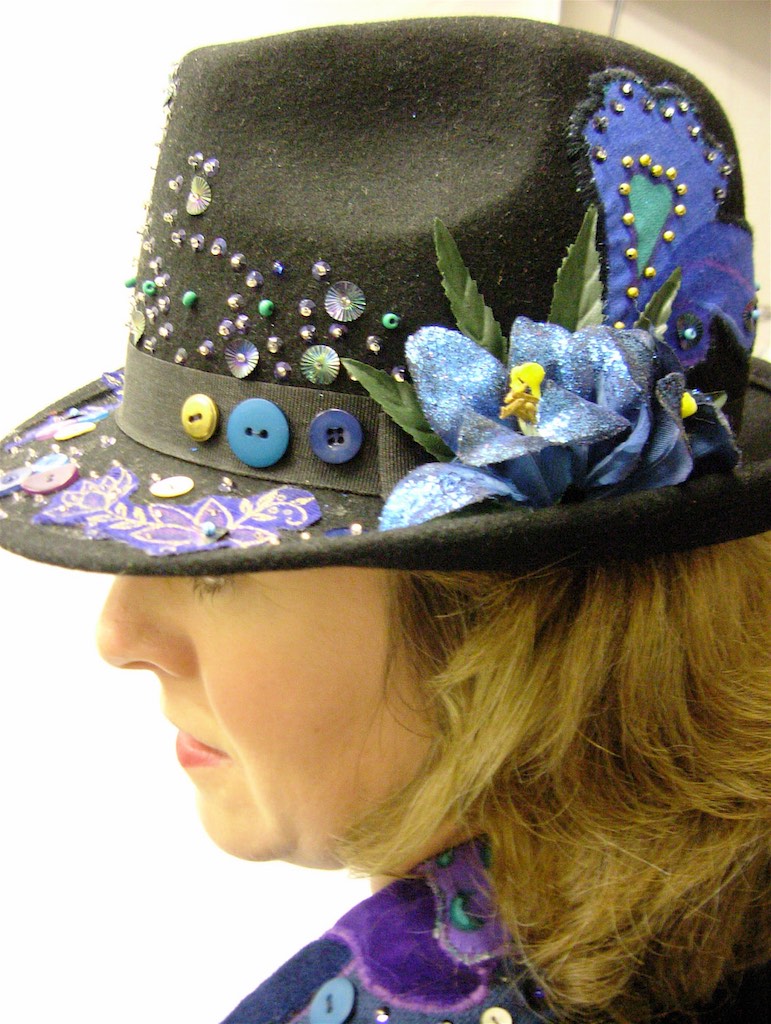 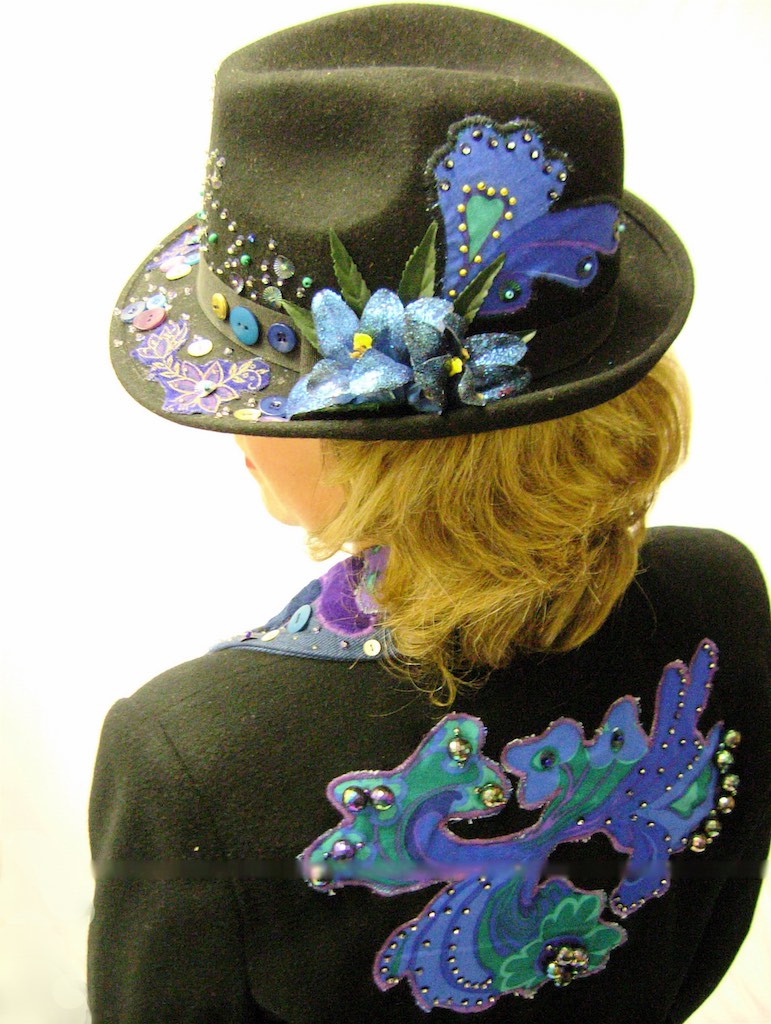 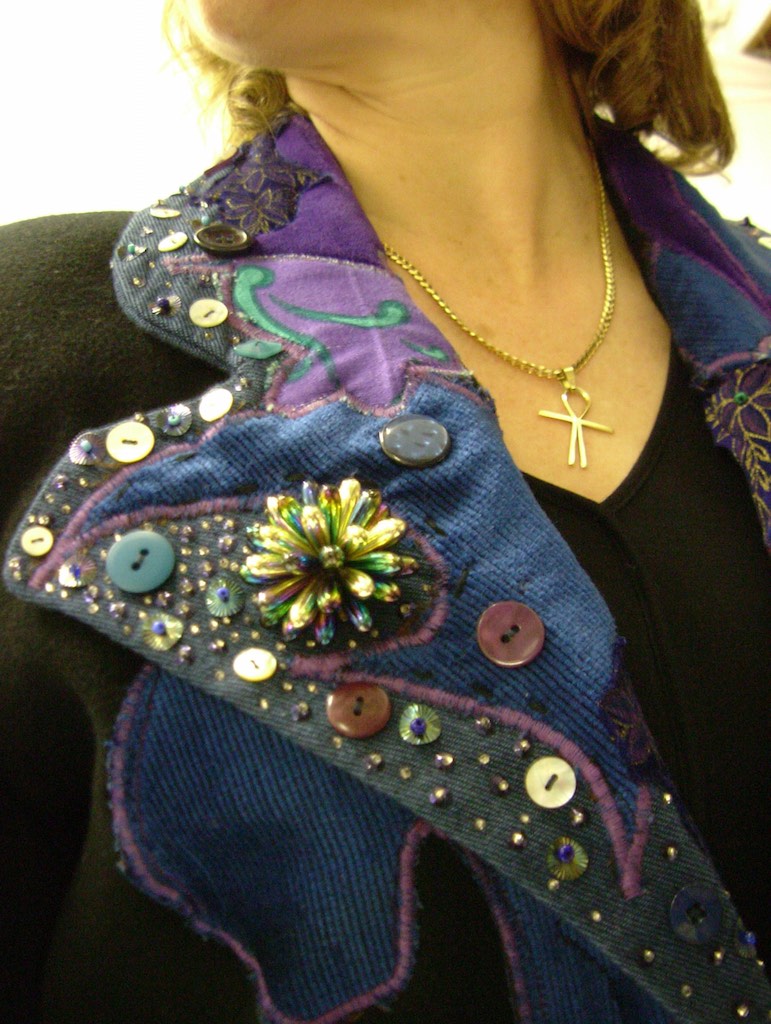 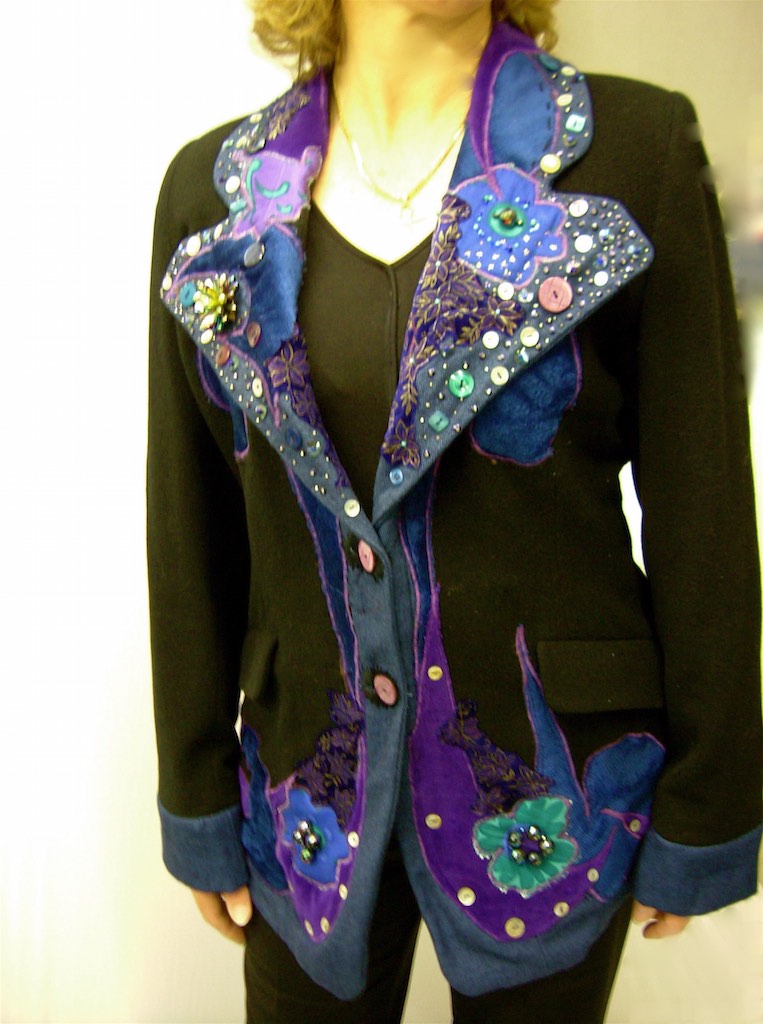 Made to Order Pimped-Up Suit.

I like guys and girls in suits. But sometimes they can be a little formal and plain.

I experimented with adding a some lines by stitching on the jacket and trousers. I also changed all the buttons to match the thread colour. Here is the outcome.

If you are bored of your old suit and would like to give it a second life, specify your desired colours and style and we will do the rest. 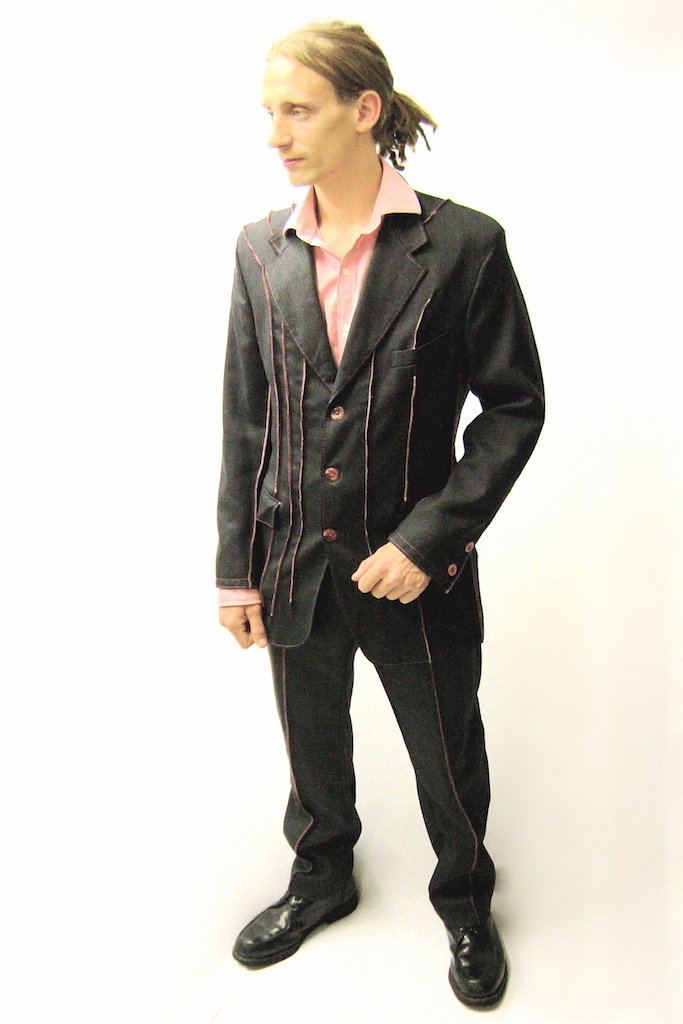 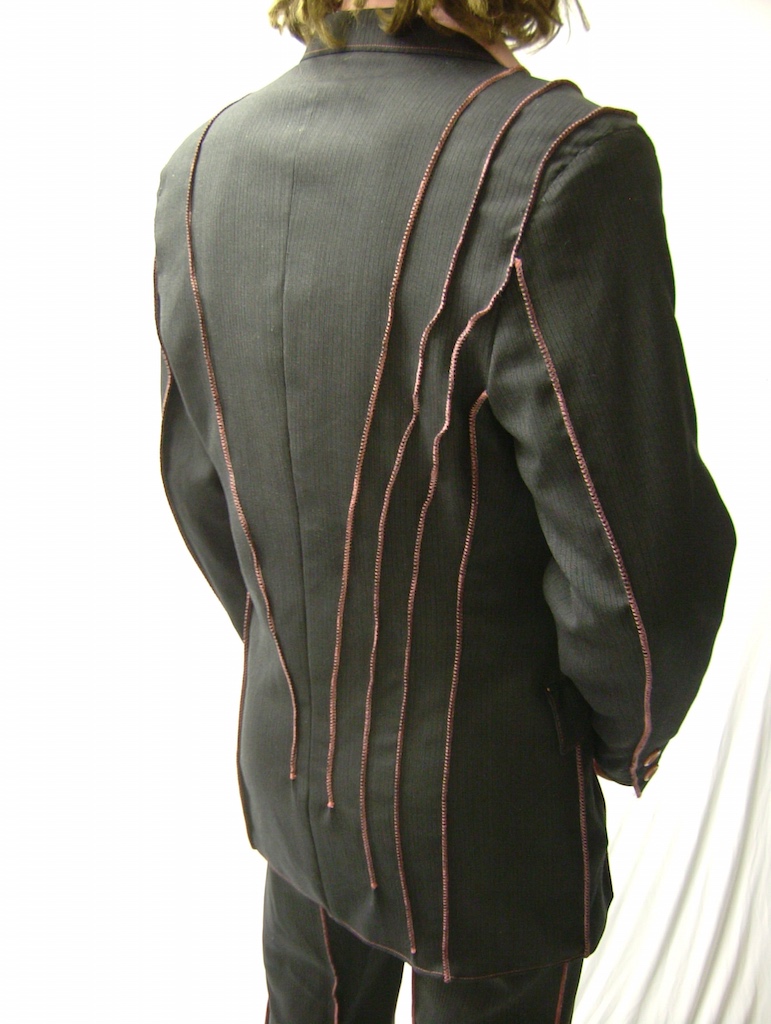