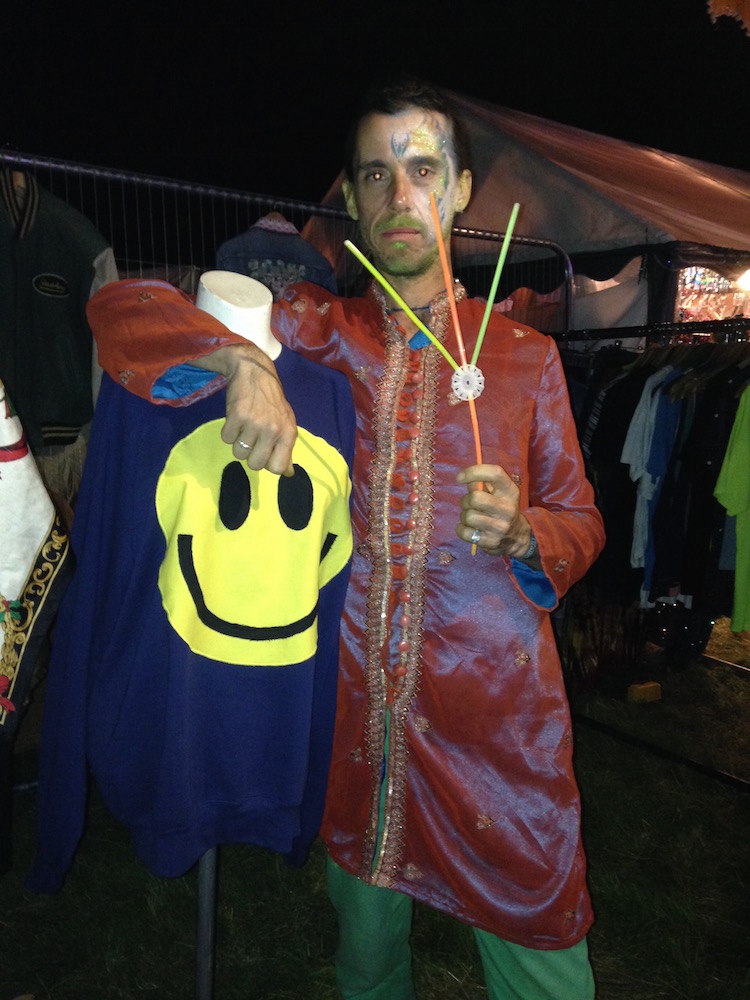 Wow! Festival season 2016 is going down in history, and maybe not for the best reasons. The weather gods were definitely playing their wicked little games on us all. Torrential rain, mini tornado, you name it we had it!

We opened the season with Glastonbury where it had been raining non-stop for a whole week before we arrived. Out pitch was literary a lake. We waited 24 hrs with the set-up, but then it rained even more, so half of our shop was submerged. We had to beg borrow and steal some pallets to put down to make it possible to enter. Hay-bails, and tractor loads of wood chip were being delivered for the traders to use which were hardly making a difference. 7 days in that spot was challenging to say the least. I seriously thought I never wanted to trade at another festival! 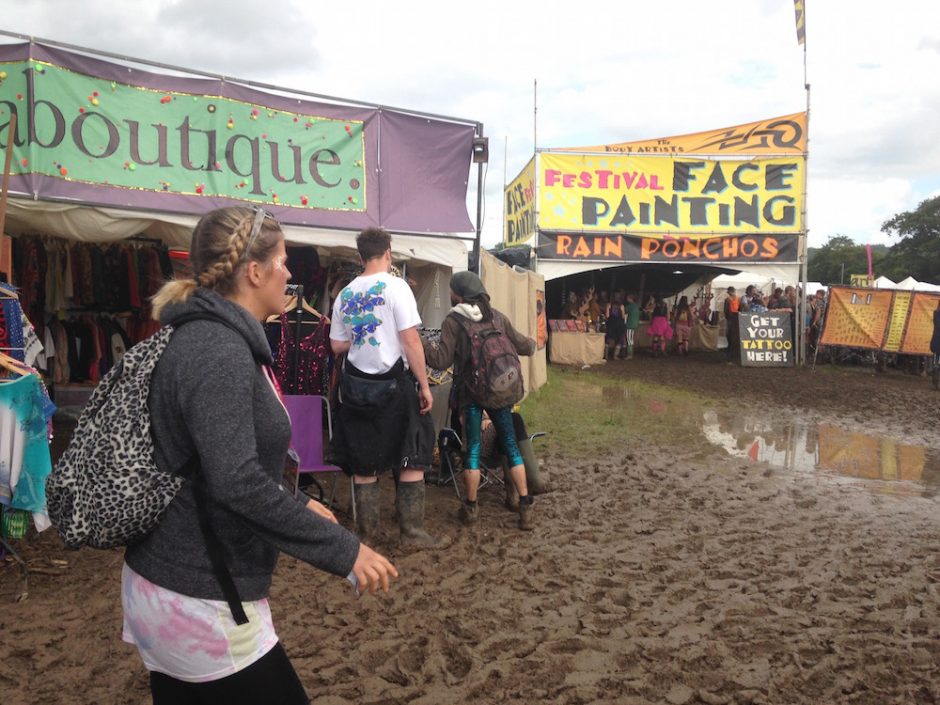 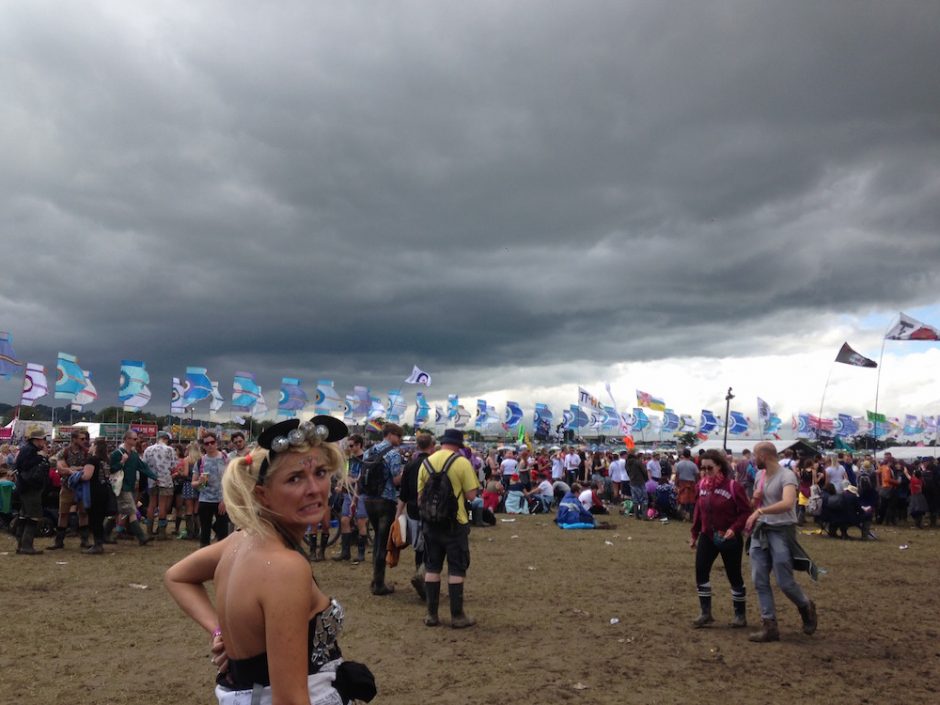 Lake inside the shop 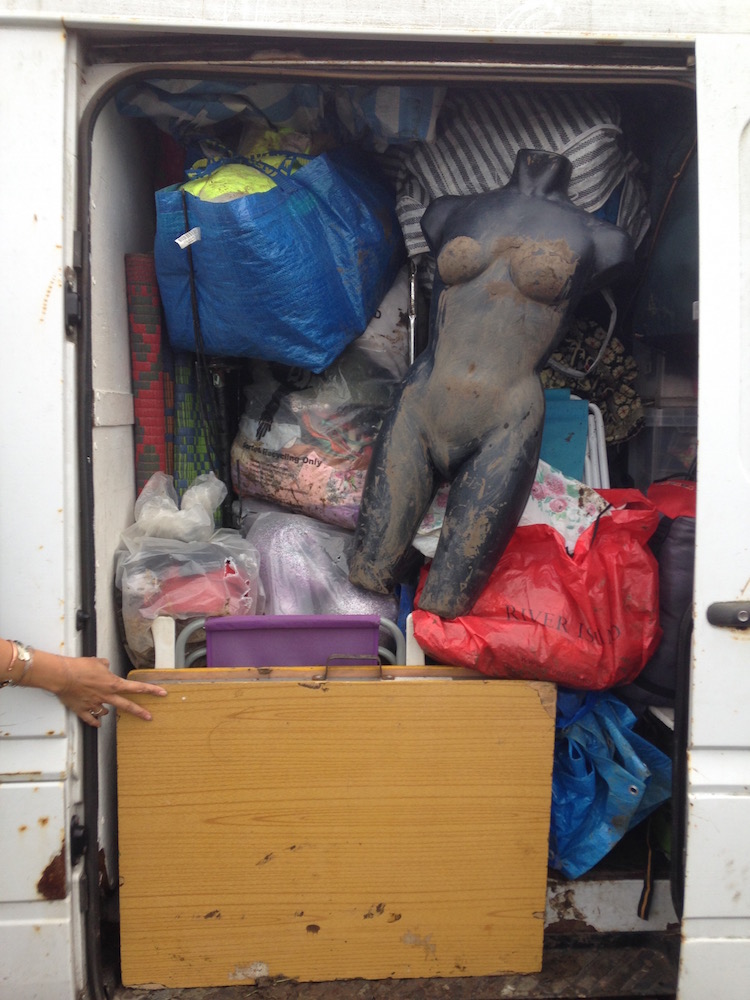 Later on in July we had Latitude which was gloriously sunny which boosted the morale a little. Oh what a difference the weather makes! 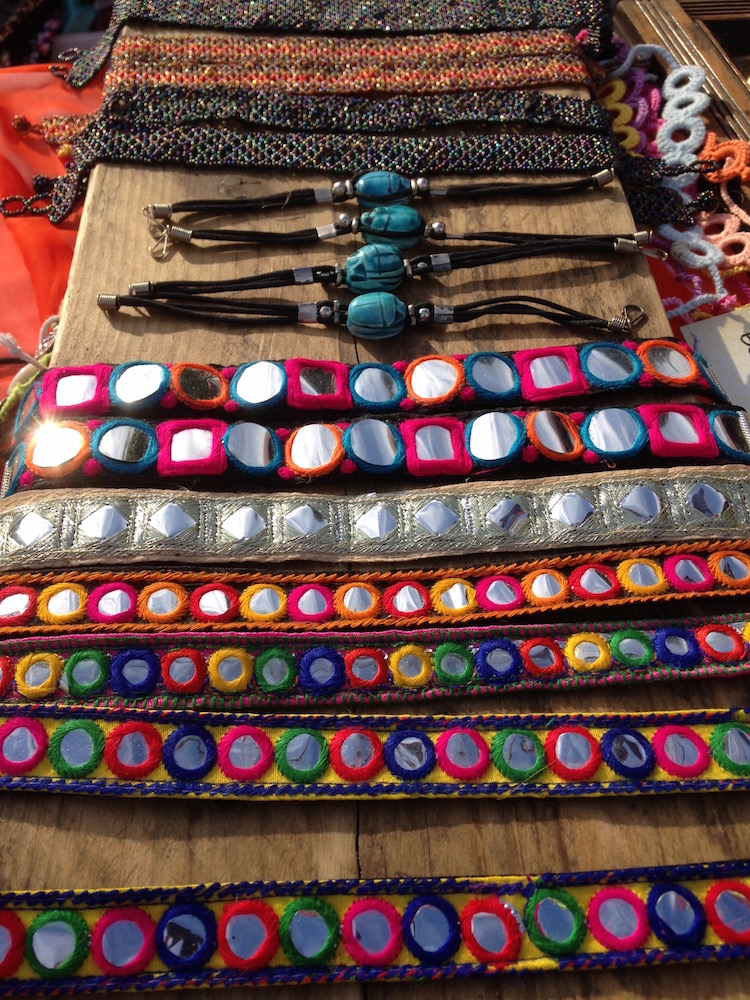 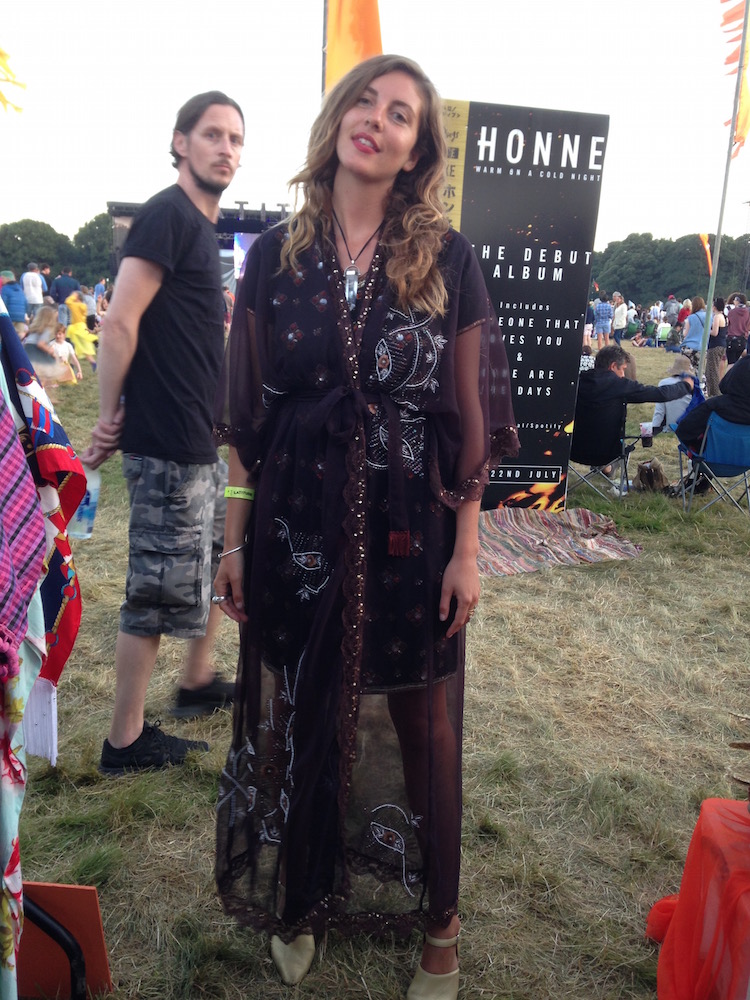 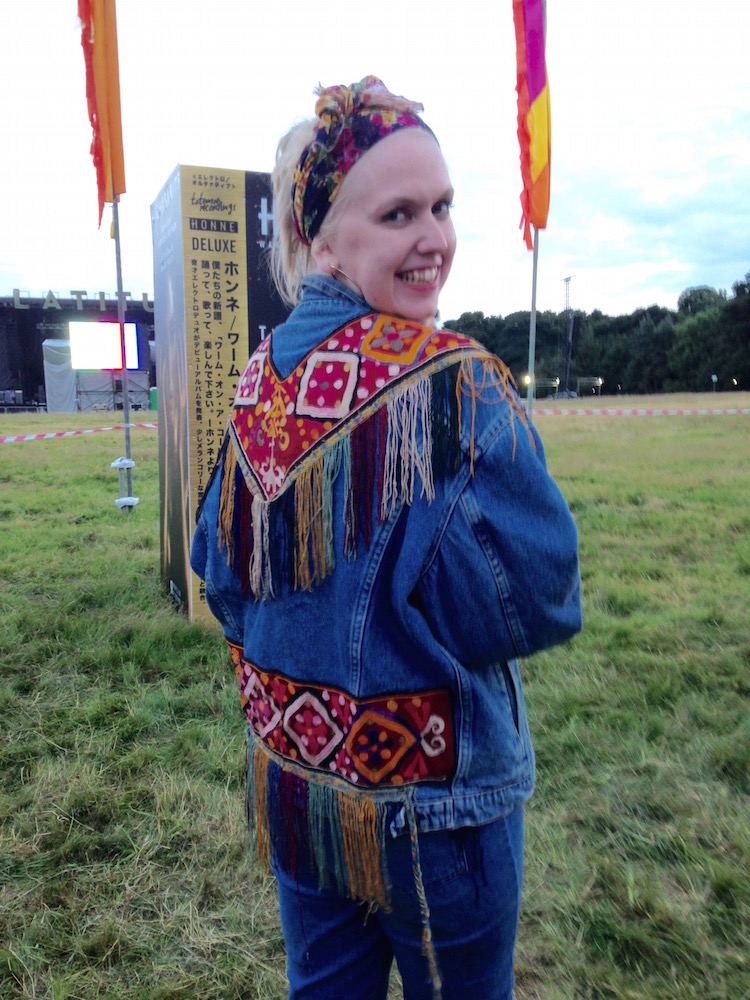 Straight from Latitude we headed to Secret Garden Party. Still unbelievably sunny and hot. Half way through rigging our marquee big black clouds starts heading our way and within minutes it was raining like mad. That part was kind of nice and felt like we were on a tropical island in the monsoon. Suddenly the sky turned even darker and the wind picked up, we were standing under our marquee that didn’t have any walls yet and looking out over the traders opposite. Some of them started to shake and were being plucked like mushrooms by the powerful wind. Within seconds we were next. We tried to hold on to the marquee but we were lifting with it! We had to let go and watch this 6 by 4 meter structure end up in a tree 20 meters away. Even the empty clothes rails were moving! At this stage I was in the brace position on the ground. After a few more minutes rain and wind the sun came out and it was like nothing had ever happened. 4 other traders lost their marquees, and one person broke their nose by flying objects. Madness! Later on we were told it was actually confirmed as a mini tornado. I guess you don’t really see it when you are in it.

We had to make do with trading out of our 3 by 3 pop up kitchen/storage and another broken marquee we found. Luckily nobody got seriously injured and it was sunny for the rest of the weekend but a new marquee ain’t cheap. Ouch… 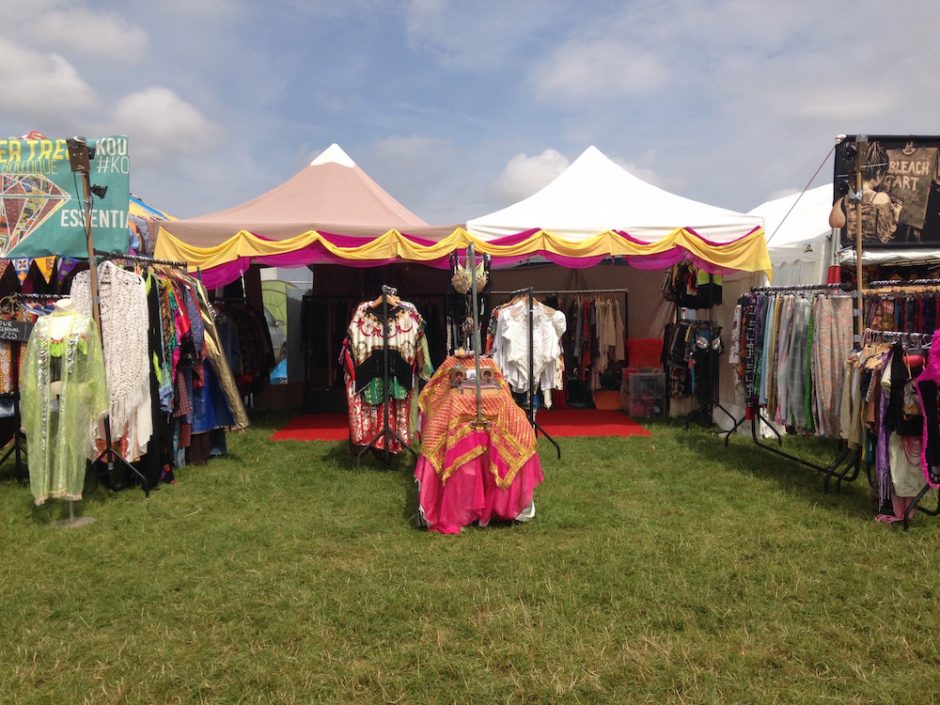 not bad for a make shift shop 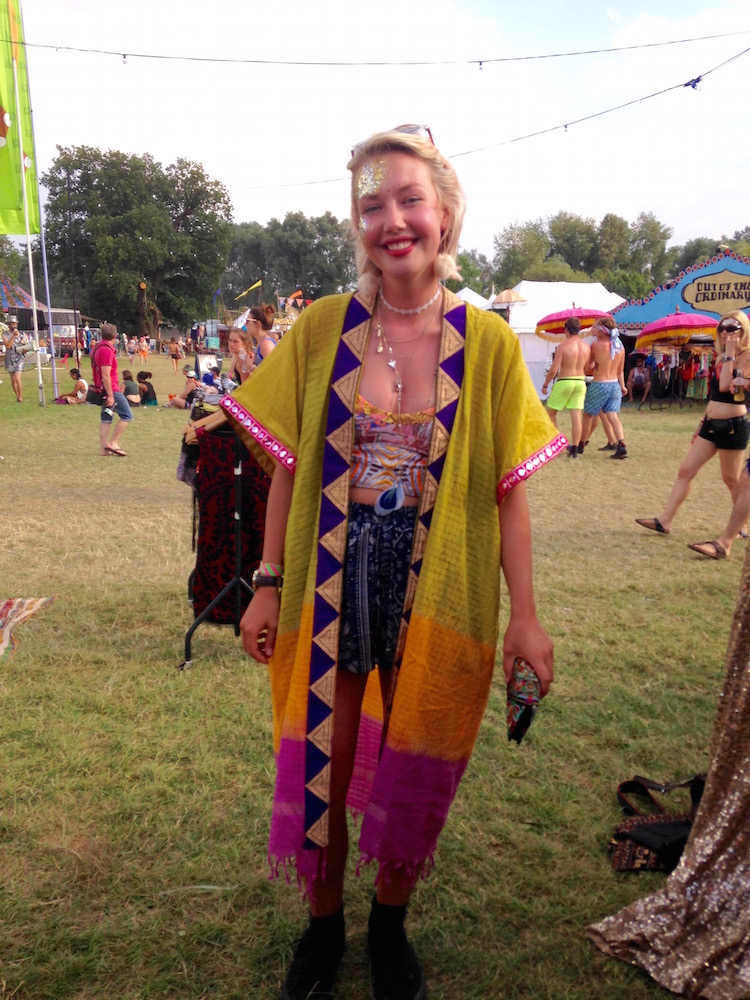 kimonos in the sun 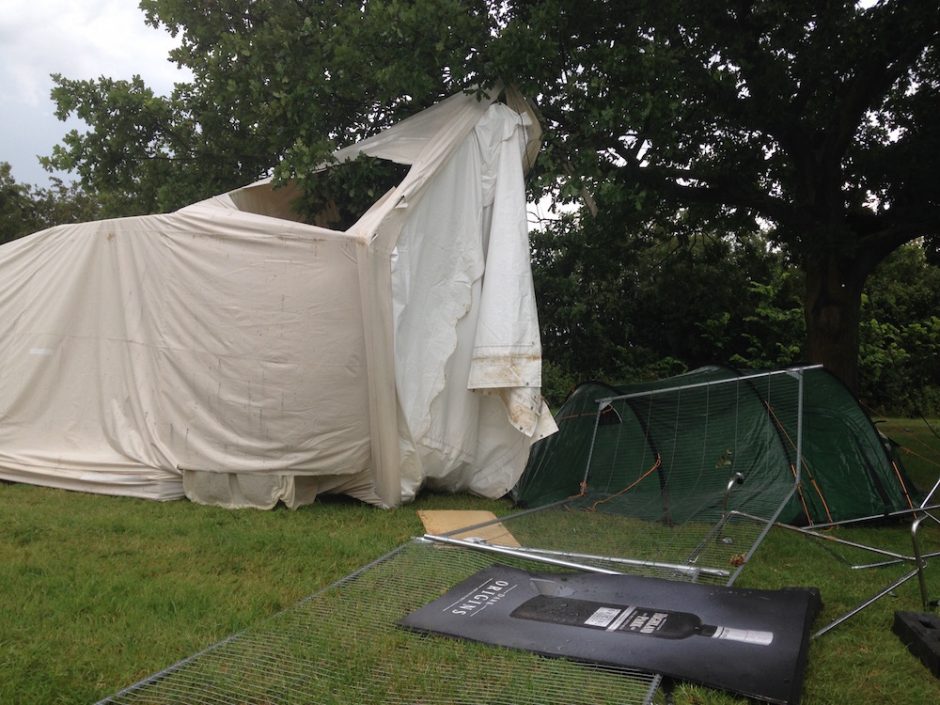 marquee trashed by the tornado

We finished the season with Shambala, which is always nice no matter the weather. Don’t need a big marquee for that one luckily as I trade as part of Crystal Vintage and the magic horsebox shop that is Gloria. So I guess we finished on a high but it was testing in every way possible. Career change? Hmmmmm…..

This site uses Akismet to reduce spam. Learn how your comment data is processed.